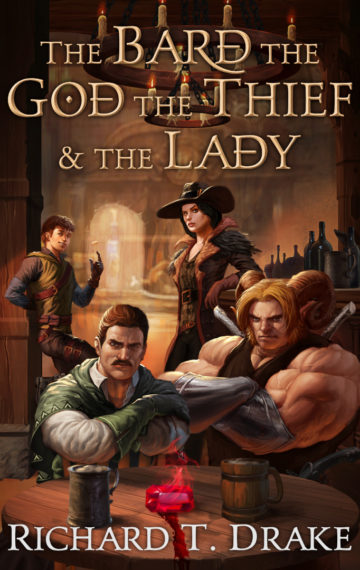 Dace Majellan is taking a well-earned rest from being the realm’s secret protector. But when his cover as the most famous bard in the Circle of Kingdoms is unexpectedly blown, he suspects the meddling of his old friend, the surly demigod Loken.

Enticed into joining Loken’s crusade, Dace is thrust on a quest to investigate an ominous new magic, only to discover a threat greater than they could have imagined. If he is to have any chance, Dace needs to enlist the aid of two unlikely companions—the deadly lady who once rejected him, and a young street thief with more courage than good sense.

As they battle the most terrifying sorcery the world has ever encountered, Dace must find within himself a power that he fears he has lost, and confront what it means to be a hero. But little does he know the darkness they face is about to cover the entire realm of Oberyon.

Does Dace have what it takes to save the world one final time?