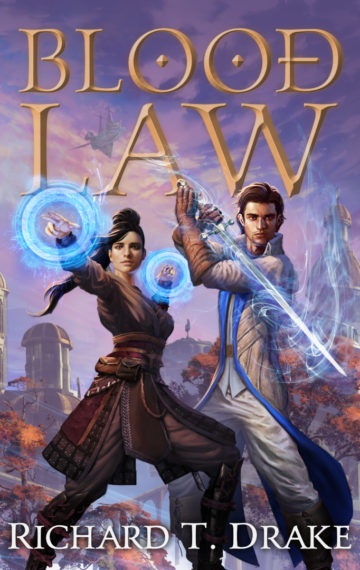 Radyn is desperate to unlock the secrets of his magical heritage. But after the stone N’rathiel mysteriously dies, he is thrust on a dangerous quest to find the last monolith—before it’s too late. As he plunges alone into the most treacherous storm on the planet, Radyn is forced to confront not only the shocking truth of his lineage, but the darkness within himself.

When Kyna learns that Dace has been captured, she will stop at nothing to save her master. Even if that means defying the elders again. If she is to rescue Dace, along with the countless innocents of a fallen city, she must risk her own destiny and everything she holds dear.

As Radyn fights for his mystical birthright and Kyna raises an army across the realm, both will crash together in a race to stop the most powerful Kryne to have ever existed.

Can Radyn and Kyna win a battle across two dimensions to defeat the ultimate darkness?