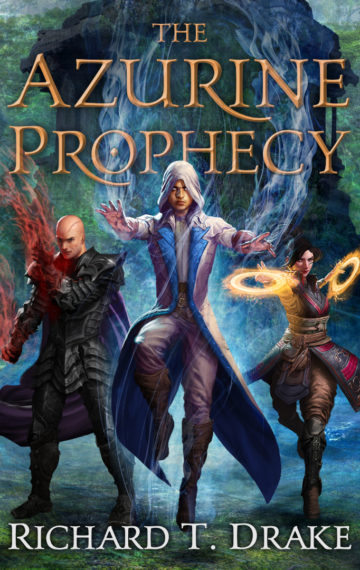 Stranded in Neumera, Radyn is desperate to get back to the Mortal Realm to save his friends. As he risks a volatile magic in his bid to return, he must find the courage to confront his deepest dread: defeating his greatest enemy will mean destroying his best friend.

From their secret jungle base, Kyna and the leaders of Oberyon’s resistance launch a perilous attempt to unite the armies of the survivors. But when Loken returns with a dire warning, they begin to realise their only hope lies in Oberyon’s missing gods.

As Radyn unravels the stunning truth of the prophecy that has controlled his family’s destiny, and Kyna races to access the magic of the lost gods, a new evil emerges… One more powerful than they ever could have imagined.

Can Radyn and Kyna harness the ultimate power in time to save their world?

Join the Richard T Drake Readers’ Club and get the Hollow World book, The Bard the God the Thief and the Lady for FREE!