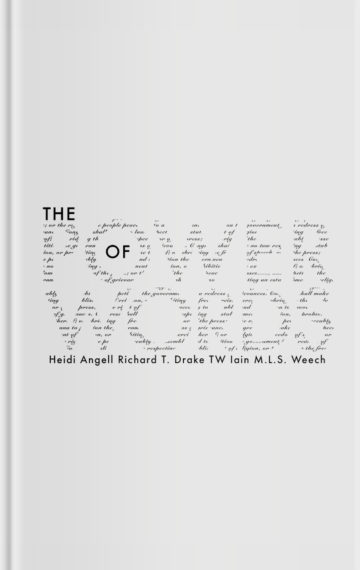 In the beginning, there was the word…

This anthology contains four stories from four authors. Each story pays tribute to the idea that the words people use hold real power.

These authors took the concept of words, and placed it in futuristic, apocalyptic, and fantasy settings:

TW Iain creates a world where citizens only seek to hear the words of others rather than consider their own.

Richard T. Drake crafts a world where a leader must speak for the underprivileged masses who simply can not speak for themselves.

Heidi Angell tells of a world where humanity itself is dying, and a man strives to preserve what he can in hope that any who survive will have something with which to remember the world that was.

M.L.S. Weech brings to life a world where words were taken from society, and a mother plots to give those words back if only for her daughter to be able to speak.

The word was the beginning, but it will never end.